Krinos Fillo Twister pastries are not very foreign to non-ethnic cultures featuring some non-traditional fillings such as apple/cinnamon, blueberry/pomegranate and sautéed ground beef which are similar to other North American pastries and pies. With their ease to prepare and versatility to eat as an app, snack or meal we knew this would translate well to non-ethnic consumers.

After conducting our brand positioning process, which is used as the foundation for all communications, we rebranded the logo and packaging to suit a mass Canadian audience and placed more focus on the delicious natural fillings. The packs needed to work harder on shelf at every angle and the look needed to dominate the aisle when all packs were featured together. For the launch of the new packaging we created an awareness campaign that featured online and OOH ads. 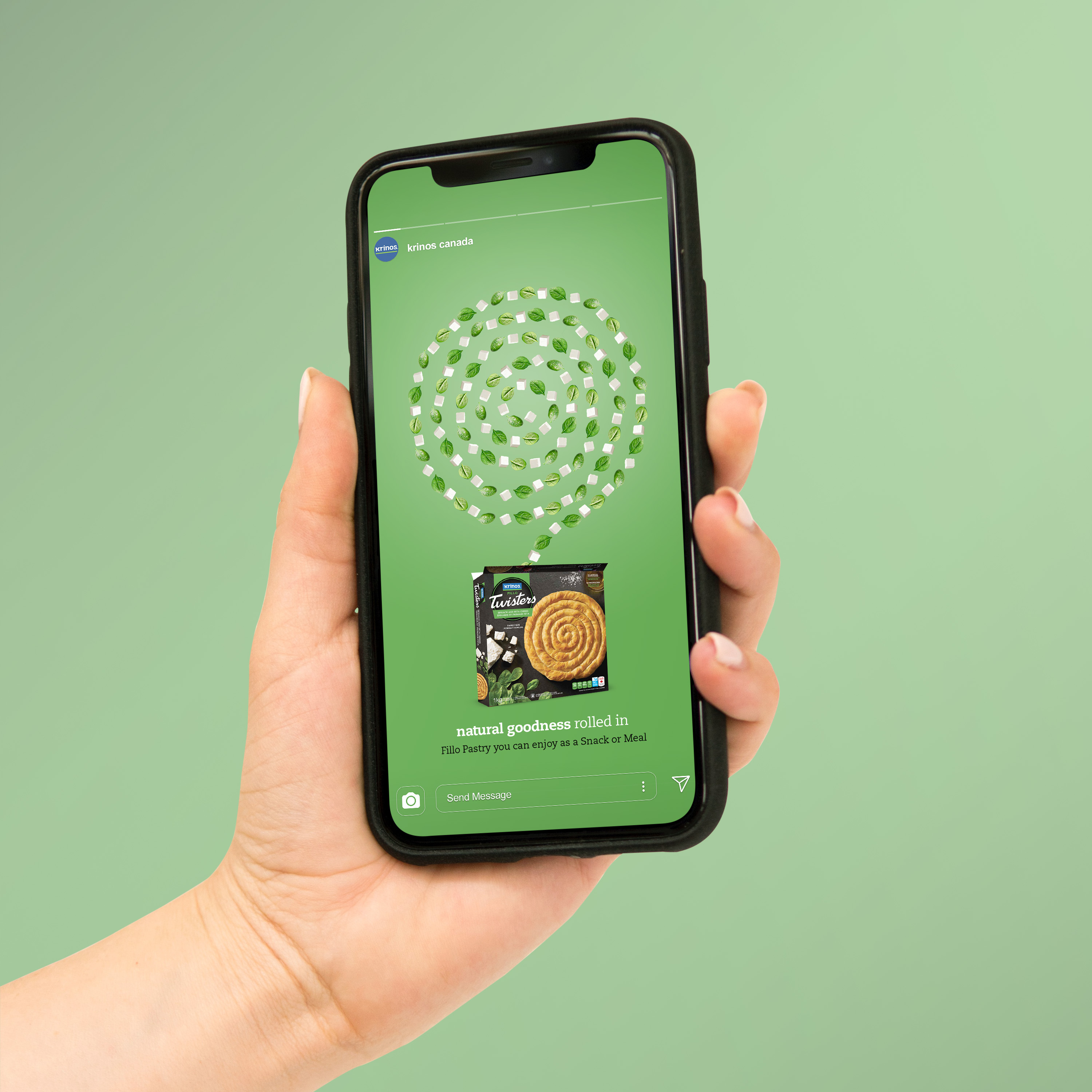 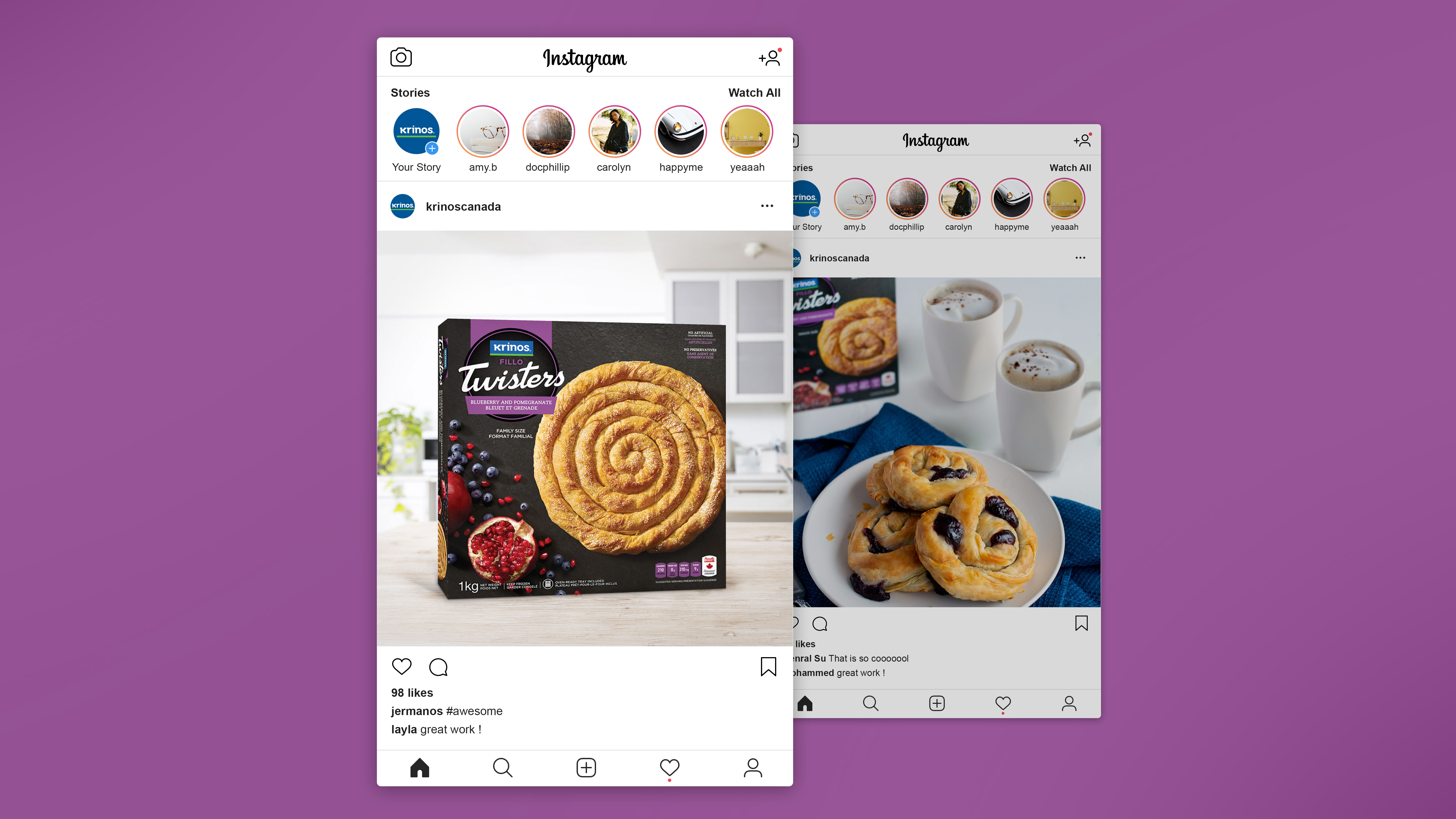